Cannes Lions 2014: A moment in the sun for PR, with ICCO leading the way …

One of the best lines I heard this week in Cannes, where the 2014 International Festival of Creativity still rages on, was a comparison between winning campaigns and haute couture fashion shows: what takes gold is like a new season’s line-up . . . sometimes impractical, often flamboyant but inevitably influential on mainstream tastes and trends. How apt. What happens at Cannes, matters. More so, I'd argue, than any other event on the global PR calendar (partly because there really isn't a global PR calendar), and more each year, as clients and agencies of all kinds flock to the South of France in ever greater numbers. And it’s not just the awards competition that counts. Trends are established, deals are done, ideas are shared and careers are launched/advanced in ways that no other event or awards competition can yet offer the industry. That’s why ICCO, the global body of forward-leading PR consultancies from around the world, put so much energy into ensuring a meaningful role in this year’s festival. We simply cannot afford to be left out of the conversation at Cannes, cacophonous as it may be, if we want to be relevant in the wider world of marketing and creativity. ICCO wasn't first among the PR community to land at Cannes. Agencies like my own (Ketchum) and other global leaders like Weber Shandwick have enjoyed success for years in the main PR competition, and now Edelman has taken an elusive Grand Prix home for the PR industry in partnership with CAA (following Fleishman Hillard’s success in 2010). But ICCO was first to recognise the opportunity for the wider PR community at Cannes, and to make possible a presence and contribution beyond the reach of individual agencies or winning campaigns. This came in several forms this year, but perhaps most powerfully in organising a new Young PR Lions competition, inspiring teams of young agency professionals from around the world to demonstrate in real time the power of PR to do big thing. (Congrats, by the way, to winning team from Japan, and to the silver and bronze winners from the UK and Austria.  Thanks to leading agencies Ketchum, Ogilvy, Golin and H+K Strategies for walking the talk with their sponsorship support, too.  And thanks to the PRCA for overcoming a tight deadline to organize the UK competition, a move greatly appreciated by British agencies and a nice connection to a whole new generation of creative talent). Our debut was a success. The crowd roared for our Young Lions, festival participants learned about ICCO and PR through our team on a dedicated stand in the main hall, and there were literally dozens of PR-related workshops, seminars and panels that ICCO helped promote and, importantly, we now have a voice and credibility we plan on putting to good use in the future. We’re now in a position to work with the festival organizers to refine their awards criteria, share ideas on promoting PR and continue our efforts to make a career in our industry attractive to creative young stars. And shining at Cannes was only the beginning.  From here we can take a little of the glamour and inspiration from the festival to help promote PR in our member’s countries, and help differentiate their agencies from those who are not as forward-looking or part of their national associations. As always, we welcome your ideas and feedback – and hope to see you on the catwalk next year at Cannes. 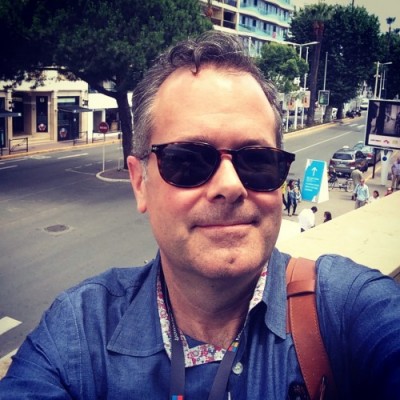 As a Senior Partner and CEO of Ketchum’s European operations and chairman of the UK agency, David Gallagher brings more than 20 years of public relations experience, both as a client and as a senior agency adviser, to some of the world’s leading brands and companies. David Gallagher oversees Ketchum's nine European agencies and their specialist services, which include consumer public relations, healthcare communications, corporate affairs and social responsibility, public affairs, change management, and clinical trial recruitment. He is president of the International Communications Consultancy Organization (ICCO), the global umbrella network of 30 national PR agency trade associations, and a fellow and past chairman of the UK Public Relations Consultants Association.  He chairs the World Economic Forum’s global agenda council on the future of media, and was the 2014 PR jury president for the Cannes Lions International Festival of Creativity.получить кредитную карту по паспорту без справок